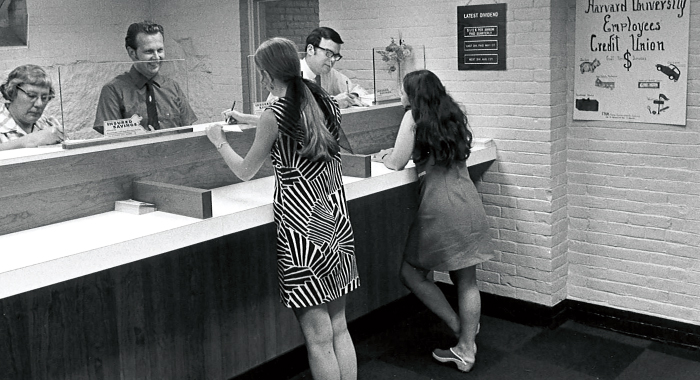 This is the first blog of a four part series: “Getting to Know HUECU”. Next week’s article will be “History of HUECU”.

Where do Credit Unions come from?

Credit Unions take the idea of cooperative or community ownership and apply it to finance; at their heart, credit unions are people helping people meet their financial goals.

The concept of communal lending has also existed in South Asian communities for a very long time and influenced the modern practices of microfinance and microlending so common among development efforts around the world. In the late 19th century, the idea for cooperative financial groups was independently developed in Japan and Germany by economists Ninomiya Sontoku and Franz Hermann Schulze-Delitzsch, respectively.

Ninomiya established gojoukou (五常講, ごじょうこう), financial unions within towns that utilized extra money from good agricultural years for interest-free loans to members for 100 days. If the money was not returned, all members shared in the loss. If members had surplus funds from that season, they would contribute it to the gojoukou to help their fellow community members. His system was so effective that it became the standard for financial and economic management and development for properties in feudal Japan.

Schulze-Delitzsch helped establish the first people’s bank in 1850 in his native state of Saxony. The institution was designed to help struggling trades workers achieve better financial stability by making funding available to them through a communal approach. The model blossomed and spread rapidly to Austria, Belgium, Italy and Russia. In 1871, he helped introduce the first legislation regulating these institutions in Prussia.

After touring India and observing the British-formalized microfinance model of community banking, businessman Edward Filene began promoting the credit union model as a method for establishing financial security and independence for all Americans. His efforts lead to the 1909 passage of the Massachusetts Credit Union Act (MCUA), the first credit union legislation in the United States. The MCUA formed the model for the 1934 Federal Credit Union Act.

In parallel to the credit union movement, the famous activist W.E.B. DuBois published a book in 1907 detailing how enslaved and emancipated Black Americans would collectively pool their money to purchase freedom for their community members in records from as early as 1825. DuBois’ book also extensively lists the financial positions of all known Black American community banks— some of which were established as early as 1888. This community financial cooperative in Black American communities directly parallels the institutions established by the credit union movement almost 20 years later.

In 1934, the Credit Union National Association was formed; present at its first meeting were Dora Maxwell and Louise McCarren Herring, two of the biggest champions of the credit union movement in American history. Maxwell and Herring collectively helped charter thousands of credit unions in service to hundreds of thousands of people!

In June of 1939, the Harvard University Employees Credit Union held its first meeting in the basement of Gray’s Hall on Harvard Yard.

Credit unions have been helping their communities for decades and continue to make history. To join HUECU or extend HUECU membership to your family, please visit www.huecu.org/referral.