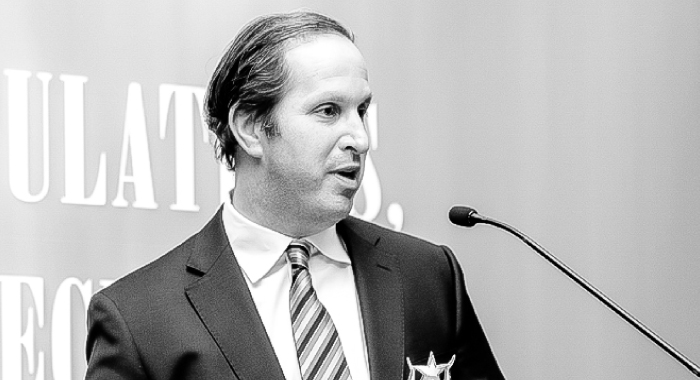 Craig Leonard became HUECU’s new CEO on July 20th and has an exciting future planned for HUECU. Join us on September 25 from 12:00 p.m. to 12:30 p.m. for Coffee with Craig to learn more about him and HUECU’s future.

Craig graduated from Bentley University with a degree in Finance. He was one of the youngest bank treasurers in the State of Massachusetts, went on to serve as the Vice President & Controller for the largest community-chartered credit union in New England, and helped run the third largest credit union in the state of Rhode Island before joining the HUECU in 2010 as its Executive Vice President & Chief Financial Officer.

Craig has been a leader at HUECU for ten years in the role of Executive Vice President and Chief Financial Officer. In that time, HUECU has experienced phenomenal growth and has been among the best performing credit unions nationally. Craig Leonard’s thirty years of strong and successful banking experience and thorough understanding of the Harvard Community made him the ideal candidate for HUECU’s President & Chief Executive Officer.

We recently sat down with Craig for a Q&A so our members can get to know him better!

Why are you passionate about what we do?
I can’t tell you how many conversations I’ve had over the years from members telling me how important the Credit Union has been to them in their life. These interactions always reinforce to me what I already know – we matter, we make a difference – and it energizes me to do more.

What is your priority for the rest of the year?
It’s a scary time for everyone. There are also so many members challenged right now as some have lost jobs or their household income has dropped because hours have been reduced. I want to make sure that members know we are here to help. If they have a loan with us and are struggling, they should call us so we can help, because that’s what I want to do – help. We’ve also lowered rates aggressively on our consumer products so members can improve their cash flow or pay off debts faster. We’re all in this together, and the Credit Union will be here to support our membership.

Who or what has shaped who you are?
My parents certainly have played a major role in shaping my work ethic. I grew up in a very blue-collar home—my dad was a milkman, while my mom worked in the school cafeteria. Working hard, being responsible, and appreciative of the simple things in life have formed me. I have also had the pleasure of working with some great figures in our industry, most notably our last CEO, Gene Foley. We had a terrific relationship over the nearly 10 years we worked with each other. He’s been a great mentor and friend.

What motivates you to get out of bed in the morning?
I have four children, two of whom have special needs, and it’s those two that get me up at the crack of dawn each day! They are all incredible and I’m truly blessed. It is my family that drives me to be better. As corny as it sounds, I want them to be proud of me and I want to instill in them the same work ethic and traits my parents taught me.

When it's all over, how do you want to be remembered?
Legacy means a ton to me; it’s something I talk about often. In the end, I want to be remembered as a good person: a person who thought and cared more about others than himself; a leader that people followed, not because they were told to, but because they believed in him. I want to leave this place a little better than when I took over. That’s my goal.