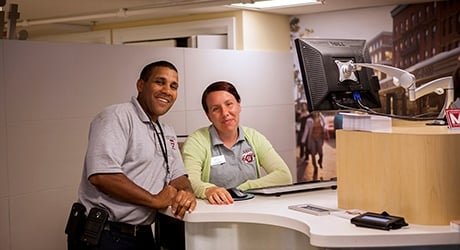 Why Join a Credit Union?

When it comes to the world of banking, we all have one important choice to make – do you go with a bank, or join a credit union?

On the surface, banks and credit unions have much in common. They both allow you to open a checking or savings account, help you access financial products such as loans and mortgages, and provide a foundation for your finances, today and tomorrow.

However, dig a little deeper and you’ll discover that there are more than a few key differences between banks and credit unions – and, for many people, those differences are a big deal. Read on to find out what distinguishes these two financial institutions, and why so many people opt to join a credit union.

A credit union is owned by its members – you!

When you join a credit union and make your initial deposit, you’re actually purchasing a share in the company. This means that you’re not only a customer at the credit union – you’re also an owner of it. Because credit unions are member-owned, their operations are centered around providing customers with the best financial products and services, rather than working for the interests of stockholders – which might be why people who bank with a credit union often report more customer-friendly terms and services

Credit unions can save you money

In general, the cost of financial products such as car loans and mortgages is lower at a credit union than at a traditional bank. Credit unions can also provide reduced fees on checking accounts, foreign currency conversion, wire transfers and more. And, with returned interest rates that are usually higher than at a bank, a credit union could help your bank account grow faster than it would at a for-profit institution.

Everyone gets a say

No matter how much money you deposit, as a member of a credit union, you get a vote in electing the board of directors. These are the people who will make important decisions such as approving interest rates, deciding on new members, setting wages for the CEO and lots more. No matter who you vote for, all credit union boards are made up of member volunteers who have a stake in the decisions that are being made; whereas with a traditional bank, the board of directors are paid and do not necessarily reside in the community or use the bank’s services.

A credit union is a community

Many credit union members say that the biggest benefit of belonging to a credit union is that it feels like a community. At a credit union, every member shares a common bond; whether it’s where they live, work or worship. Un- or under-banked customers will often have an easier time getting services at a credit union because service to lower-income members of the community is blended with service to a broader spectrum of the population, so the credit union can offer competitive rates and fees to everyone.

Credit union profits are returned to you

Whereas banks exist to make profits for their stockholders, credit unions exist to serve their members – which means that when a credit union has earnings that are in excess of its operational costs, those profits are returned to members, in the form of lower rates on financial services, lower fees, higher interest returned on savings, and all-around service improvements.

Not an HUECU member yet? Becoming a Credit Union member is quick and easy using our online application or stopping by one of our branches today.