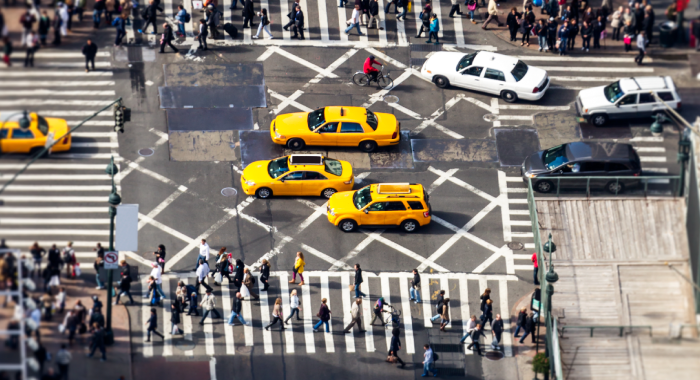 The Real Cost of Commuting

How much does your commute really cost? Before accepting a job farther from home and jumping in the car to your new office, consider how expensive your ride might be.

Commuting by car can seem like the best option. It gives you the flexibility to travel when you want, but that flexibility comes at a premium. While we all know that gas can be a major expense, the costs of driving actually go much deeper and compound overtime. Let’s take a look at some of the additional costs of commuting by car.

First, you need to pay for the car itself, and cars, unlike most other assets lose value overtime. This depreciation accelerates with every mile you drive. So, that shiny new car you bought starts losing value as soon as you drive it off the lot.

Now that you have a car, you’ll also need to register it, pay local taxes and get auto insurance. Car insurance alone costs an average of $1,500 per year, and it can be even more expensive based on your age, driving record, and home address.

While your car may drive great in year one, eventually you’re going to need to take it in for general maintenance and repairs. Factor in the cost of typical maintenance like new tires, brakes, and oil changes, and also add in a buffer for unexpected repairs and accidents. You never know when a big issue will may crop up!

Overall, the average cost of driving your car is about 60 cents per mile. That means that every additional mile you commute will cost you an extra $300 per year – which adds up quick!

On top of costs of actually owning the car, you also miss out on money you could have saved. If you’d invested the funds rather than spending it on commuting, you could have some pretty sweet savings. For example, if you invested $1000 per year in an account that earns 5% interest instead of spending it on your commute, in 30 years you’d have saved more than $70,000. That’s a lot of money to be missing out on!

Cost of your Time

Not only can commuting be expensive, but it can also be a waste of your most valuable commodity – your time. If you spend 30 minutes commuting each way, you’ll spend over 10 days each year headed to or from the office. Time spent in the car commuting is time that could be spent doing anything else (preferably something you enjoy a bit more).

Cost to Your Health

Commuting long distance is not only hard on your wallet, but also on your health. The stress of traffic can impact your overall well-being. Longer commutes have been linked to increased rates of obesity, back and neck pain, depression, high cholesterol, and high blood pressure.

Sitting in traffic also exposes you to dangerous exhaust fumes that can lead to lung problems.
Considering the fact that Boston has some of the worst traffic in the country, the cost to your health can be severe. According to INRIX, an organization reports annually on congestion, the average Boston car commuter spends 164 hours per year in traffic – that’s almost an entire week!

Cost to the Environment

Finally, one of the biggest costs of commuting is not paid by you, but rather by the larger community and the environment itself. Commuting by car wears down roads and causes a significant amount of pollution. By choosing to commute alone by car, you have a greater carbon footprint than those who commute via public transit, bike, or carpool and are doing more harm to the environment.

What Can You Do?

First, if you have some flexibility in where you decide to live and work, take the time to factor in your commute. While it may be less expensive to rent an apartment or buy a home a bit farther from the office, in the end the costs may be higher than you think.

You can also consider taking public transportation, riding your bike or even walking to the office. While your commute time may remain the same, you’ll be less stressed and have more time to mentally recharge, which will improve your overall health. You’ll also be helping to reduce pollution and protect the environment. As an added bonus, these options are also likely much less expensive than commuting by car.

If you need to drive to make it to the office, consider a carpool. Are there other people in your office who live close by? Take the time to coordinate and reduce both your costs and your environmental impact. If you rotate driving responsibilities, you’ll also free up some of your time. Win-win!

Finally, you can check in with your office about the possibility of remote work. Working remotely even one day a week can drastically cut down on your commuting costs and increase your health and well-being. Many offices offer work from home policies to employees that ask, and if your company doesn’t, propose trying it out on a test basis. As long as you remain engaged, your office will likely see the benefit.

Commuting can cost your time, money, and sanity—not to mention the costs to the environment. Factor these costs in before deciding where to live and work and reevaluate your commuting options to make sure you’re making the best possible commuting choices every day.